Amaranthe will be touring Europe with Sabaton and Apocalyptica in January and February 2020. Today the band has announced dates for headline shows in Austria, Switzerland, the Netherlands and Sweden.

"As they say - no rest for the wicked! We are super happy to announce that we will do a few and select headline shows during our tour with SABATON early 2020, where you can expect full-length massive AMARANTHEshows! While other bands take days off, AMARANTHE maximizes!!"

All dates and tickets for the above shows as well as the shows w/ Sabaton and Apocalyptica are available here. 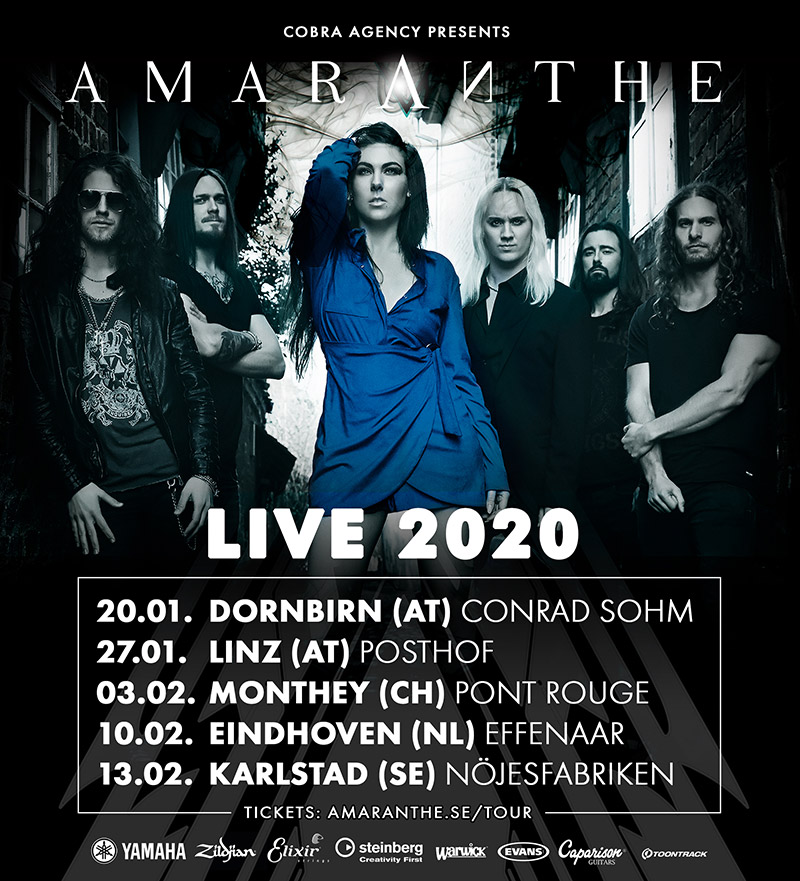