These are the voyages of the visionary band AMARANTHE. Their ultimate mission: to explore the opaque realms between extreme metal and electronic tunes, to pioneer the invention of new approaches of joining two traditionally contradicting musical worlds, to boldly go where no metal band has gone before.

Evolution requires visionaries. One of the biggest bangs of the modern metal universe happened in the fall of 2008.

It was the Finland-based label Spinefarm Records that took the proverbial cake. In April 2011 the band released their eponymous debut album to worldwide acclaim, charting high in Sweden and Finland. Right off the bat tapping the vein of the digital music revolution, AMARANTHE was the 84th most played album on Spotify in the whole world, all genres included. After 92 live shows in support of the eponymous debut, AMARANTHE returned to their creative home, Hansen Studios in Ribe, Denmark where the magic of the debut album was originally bottled. 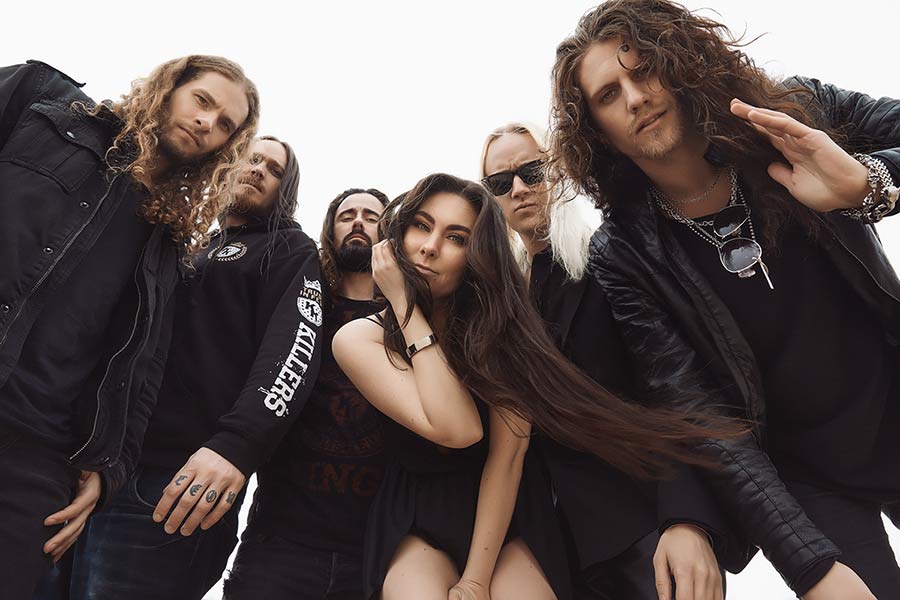 With THE NEXUS album, released in March 2013, and its life cycle everything went up another notch: the album featured more of melodic / edgier metal, and even more brazenly techno-influenced hard rock. The release was followed by a longer tour, more and higher chart entries including a #12 position on the US Billboard Heatseekers chart. The band’s career was now officially on an ever-upward trajectory.

Wasting no time, the band returned to Ribe to concoct another potion of power. Consequently, in October 2014 Spinefarm released the 3rd AMARANTHE outing, MASSIVE ADDICTIVE. Another step of progress both musically and commercially, the album charted in six countries, most notably claiming the band’s 1st pole position on the Billboard Heatseekers chart. The album also yielded AMARANTHE’s first major single hit with “Drop Dead Cynical”, which stayed several weeks at the top of USA's premier rock station, Sirius XM Octane, and had massive airplay all around the world.

One of the hardest working bands in the genre, the band released their 4th album MAXIMALISM already in October 2016. The album charted everywhere, taking home another #1 position on the Billboard Heatseekers, a Top 100 Billboard & chart position #3 in Finland.

Four albums into their career, AMARANTHE have racked up north of 118 million YouTube views, half a billion song streams, are the three-time holder of BillBoard Heatseekers Chart #1 position and possess a panoply of Gold discs for albums and singles alike.

Deservedly revered as trailblazers of the genre, AMARANTHE, ever the visionaries, always seem to take the next bold step into realms unknown before anyone else does. AMARANTHE is the driving force of a modern metal revolution.

With their electrifying 5th album HELIX now on the brink of its release AMARANTHE take another leap in their sonic evolution. Their most focused work to date, Helix proves the band has refined their melodic sensibilities ever further whilst retaining their cutting-edge metal assault as massively aggressive as ever.

From the 365’s seductively velvety mix of contemporary sounds and modern metal to the driving grooves of Countdown and Breakthrough Starshot; the heart-rending honesty of the emotive ballad Unified to the flawlessly flowing raps of Dream and GG6’s blistering extreme metal throw-down, every song on Helix is a potential hit. Once again a quantum leap ahead of their peers, AMARANTHE aces everything they do.

Now, armed with an album with unprecedented crossover potential, AMARANTHE is ready to tear down the walls of musical separation. Get ready for a sonic revolution!

Concise stats of what is Amaranthe

HERE you find a list of all AMARANTHE Releases 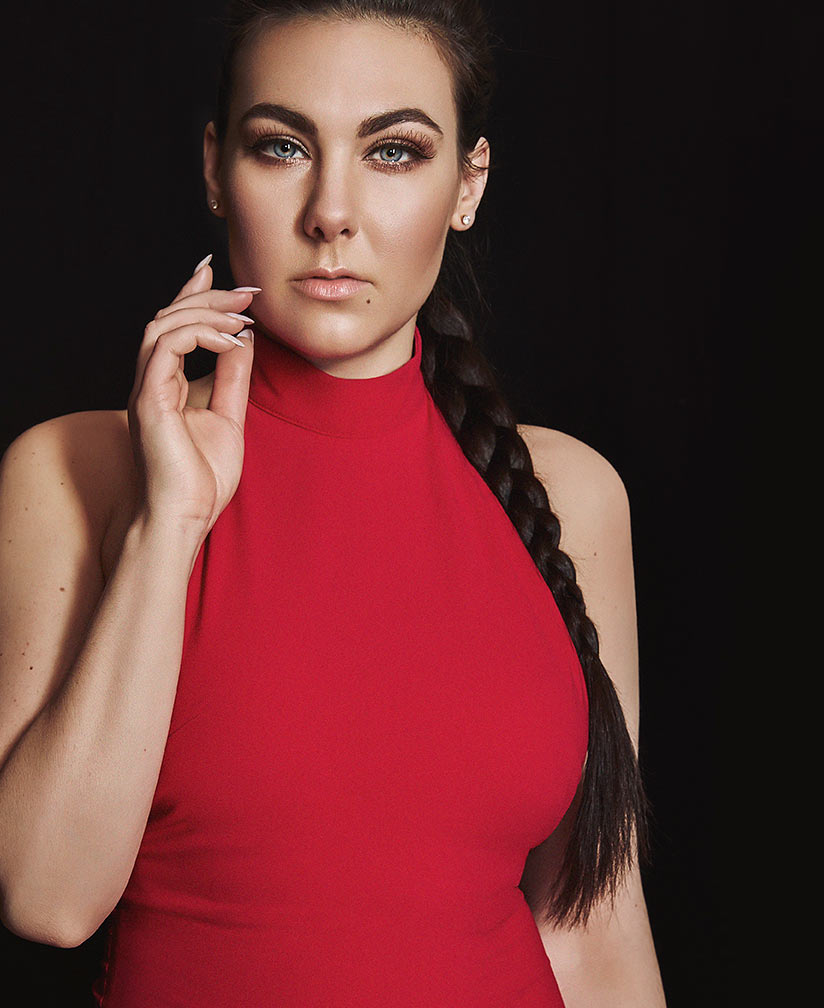 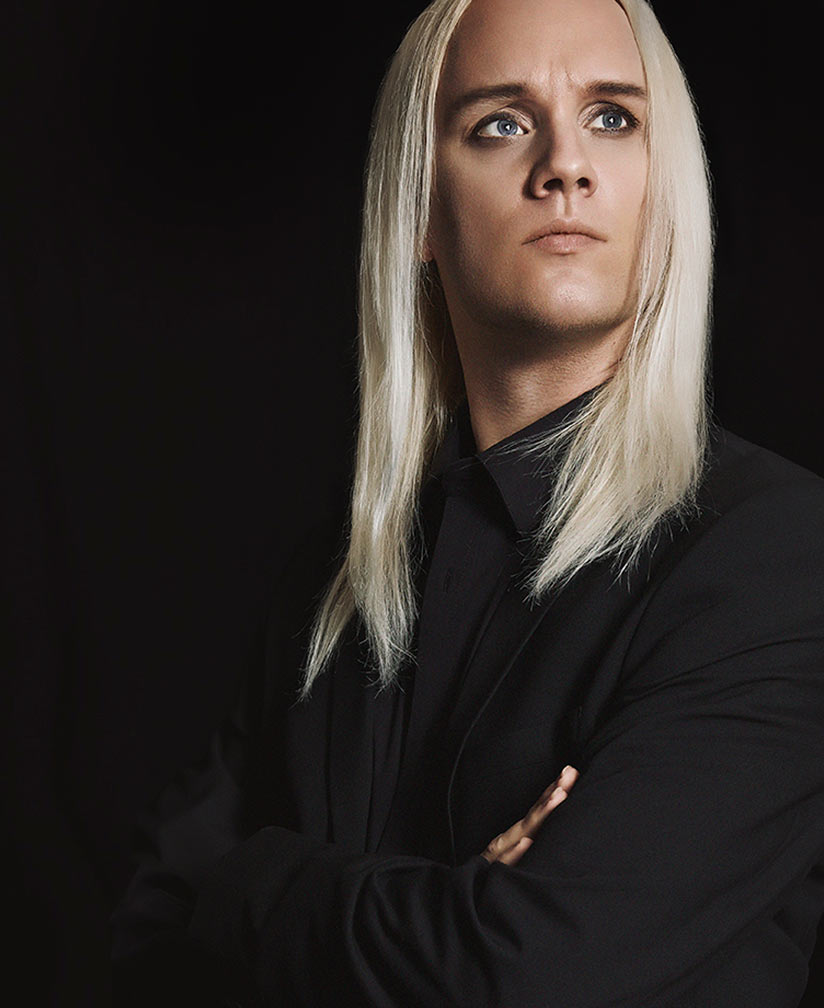 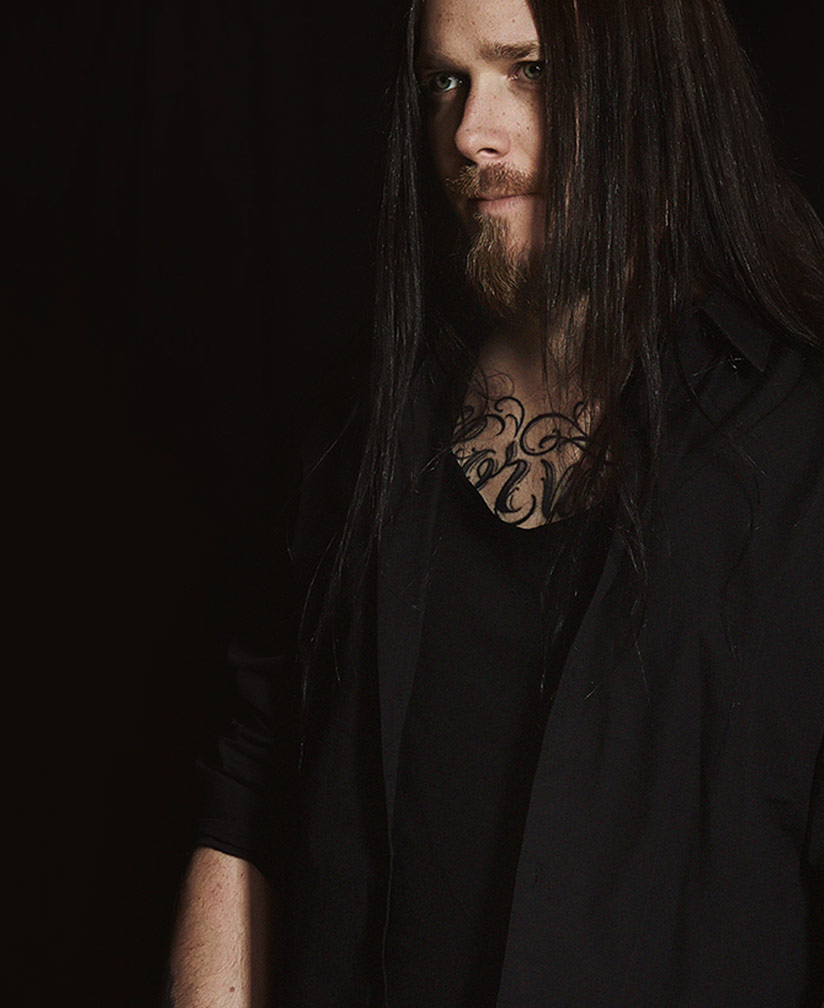 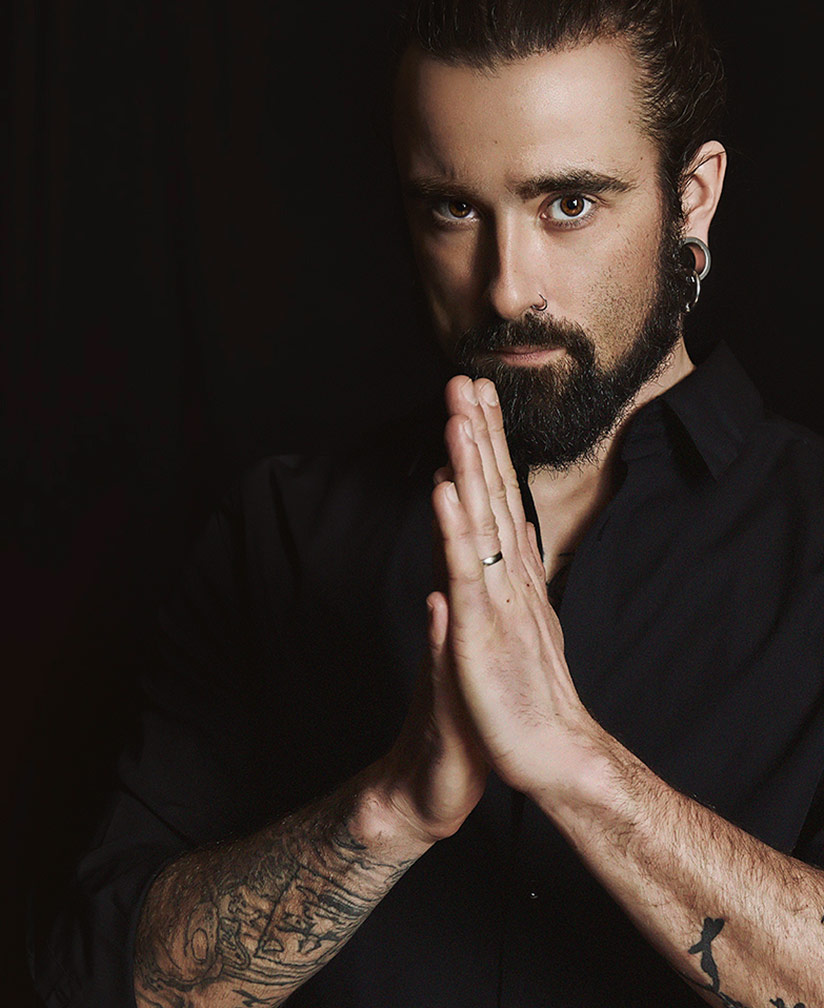 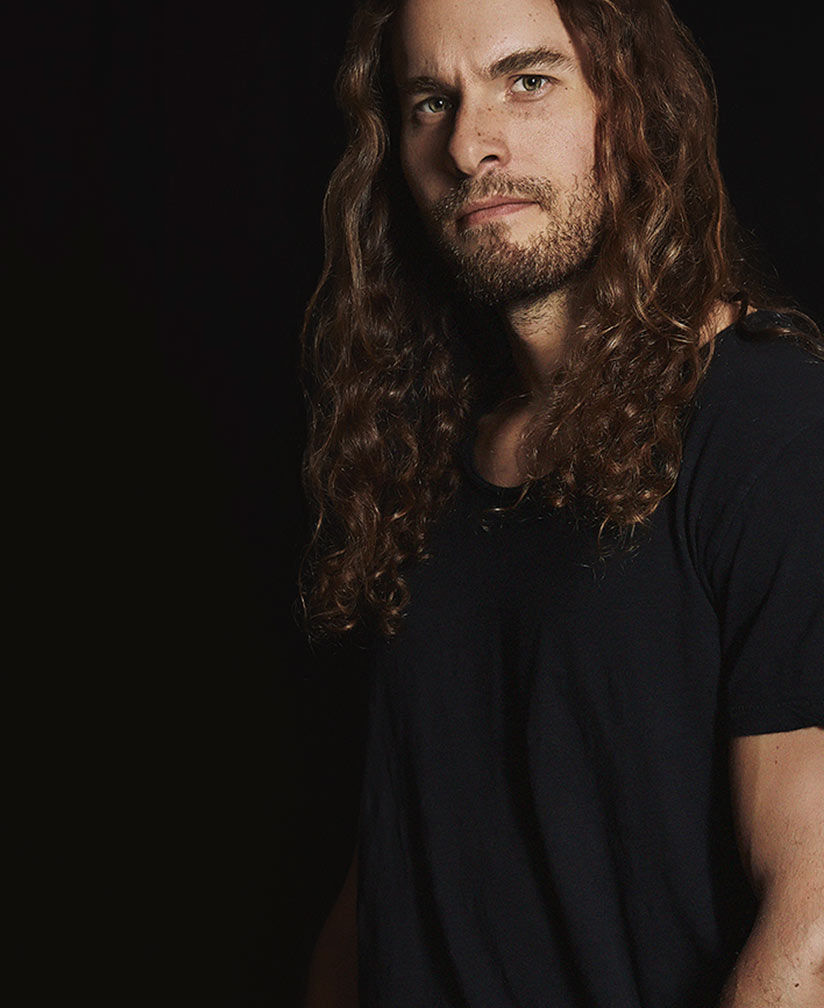 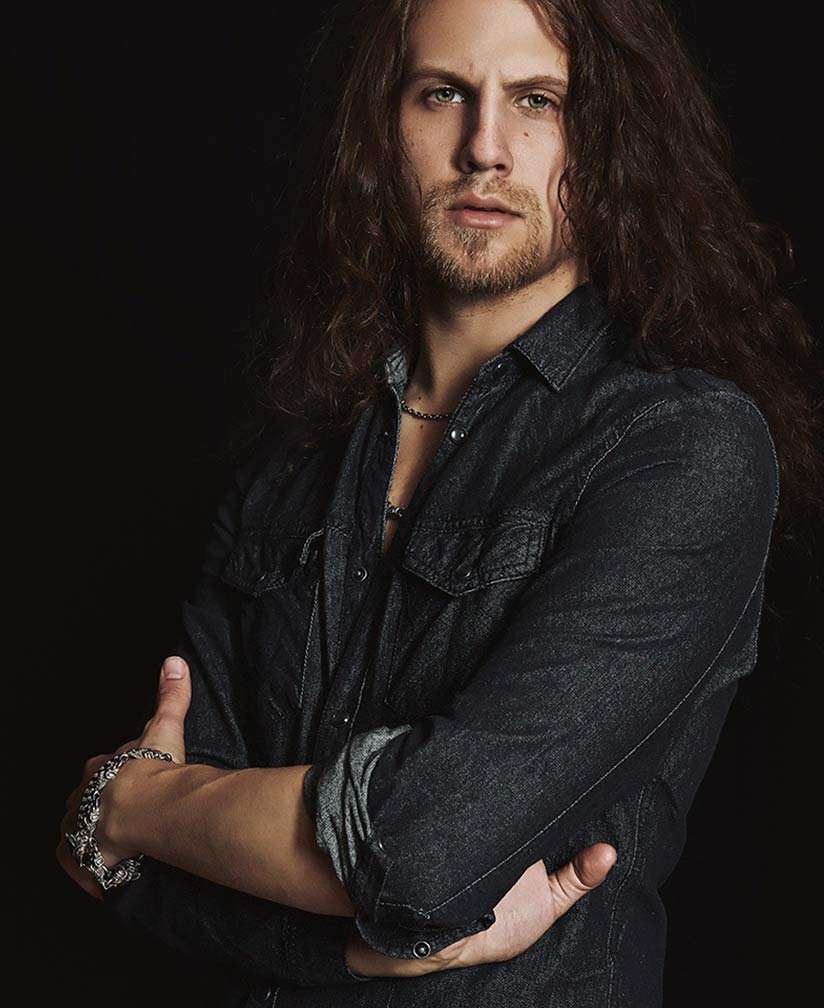