Today, Nuclear Blast is very pleased to announce the signing of modern metal outfit AMARANTHE. The Swedish/Danish six-piece is currently working on their 6th studio album, which will tentatively be unleashed in 2020. More big announcements are currently in the pipeline, stay tuned!

"It feels amazing to unveil our cooperation with the giants at Nuclear Blast! Ever since we held our shiny new Nuclear Blast CD's in our teenage hands back in the mid-90's, they have been at the forefront of bringing the best of the best to the metal scene, and to have them as partners is a dream come true! They are not only massively experienced in the metal scene, but also wonderful people and it has been a pleasure getting to know them. We are already nailing down great plans for the future, and things are looking brighter and stronger for AMARANTHE than ever! Keep your eyes open for our next leap forward together in the near future!"

"We're more than happy to welcome AMARANTHE and Kult Management to the Nuclear Blast family. I've already been following the group for a while as they were touring with some of their new label mates. Being both great musicians and humans, that have a clear vision and are supported by an experienced team in the back, it was a no-brainer to try to win this outstanding band for our roster. Now we're stoked to be the new partner at their side pursuing one goal: adding a successful next chapter to their already shiny career. The future looks bright for both, AMARANTHE and Nuclear Blast."

With their foundations tracing back to 2008, the group have released 5 albums since then (2011's »Amaranthe,« 2013's »The Nexus,« 2014's »Massive Addictive,« 2016's »Maximalism,« and 2018's »Helix«), consistently delivering hauntingly catchy tunes led by their unique three-part vocals. Within their arsenal of hit singles - with 'Drop Dead Cynical' leading right at the front - a myriad tracks have been received very well via press and fans alike; having also gained countless plays on both radio stations around the globe and across streaming services (the group's songs have been streamed more than 100 million times on Spotify). A string of support tours have blazed AMARANTHE's trail in front of huge crowds as well as at their own headline concerts (the group impressively once performed in front of 10,000 fans at Liseberg, Gothenburg). They have kept working incredibly hard over the years, the latest product of which culminated in the form of »Helix,« which achieved them some of their highest chart positions in the band’s history (Switzerland #21, Germany #29 etc.).

Before AMARANTHE enter the studio once again, the sextet will embark on their Scandinavian »Helix« tour in November 2019, followed by a support tour with Swedish metal giants SABATON alongside Finnish cello metallers APOCALYPTICA set to take place early next year (incl. 5 recently unveiled headline dates in between). All tour dates can be found here. 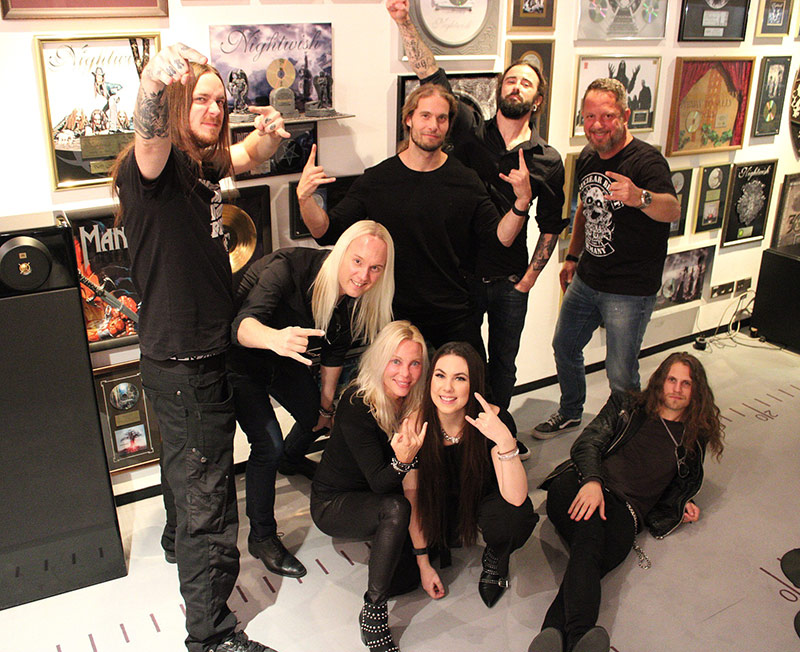